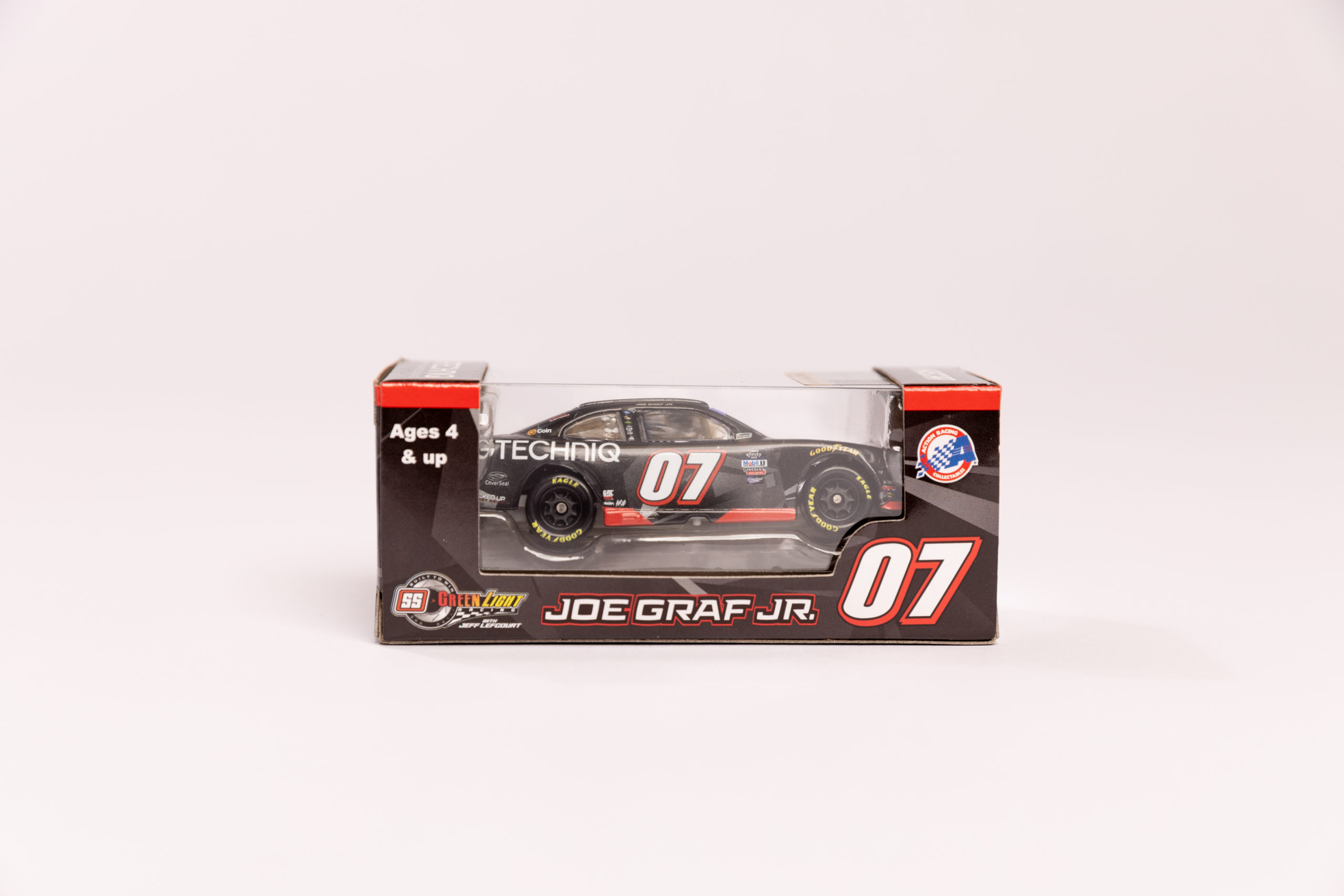 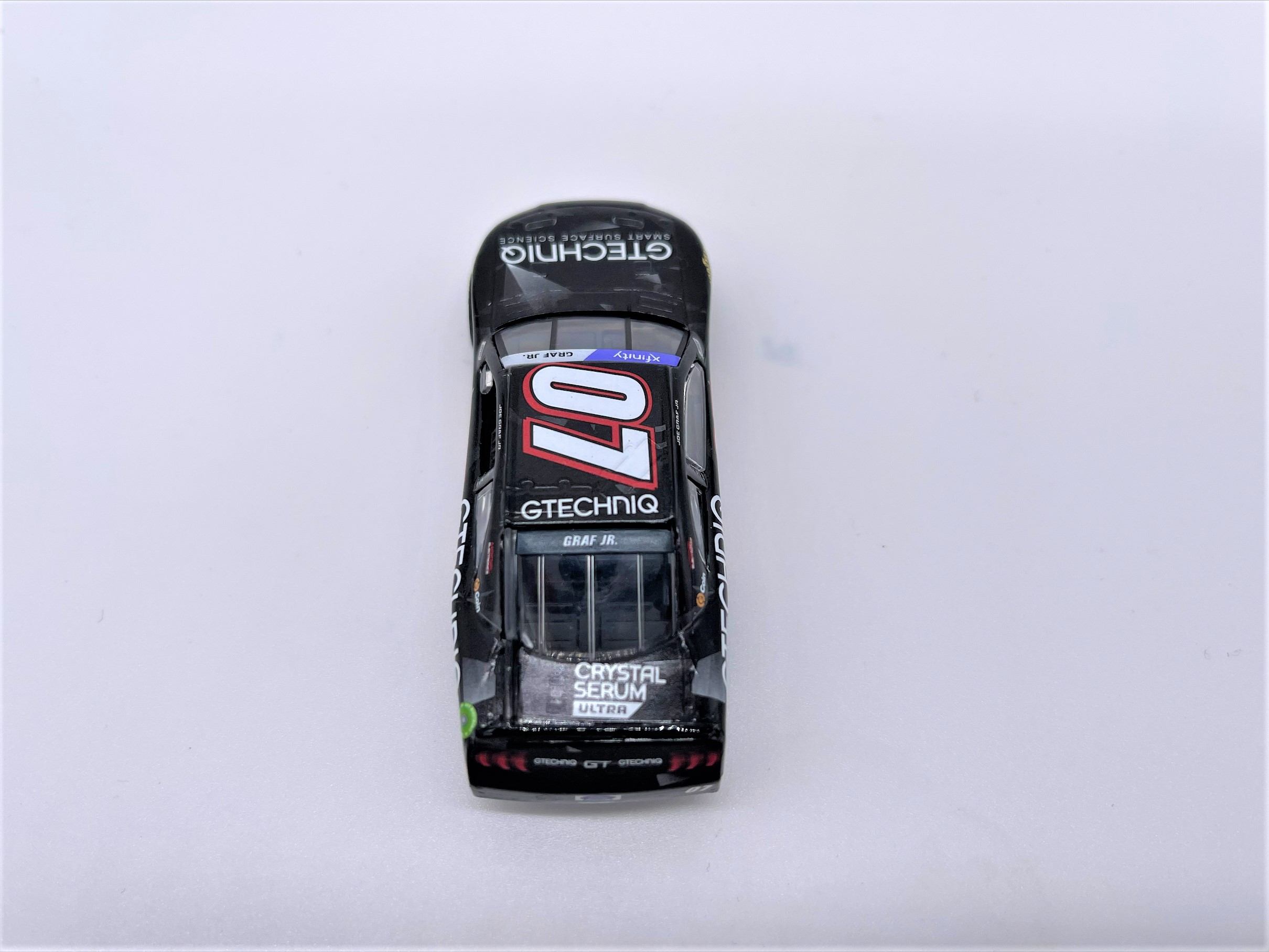 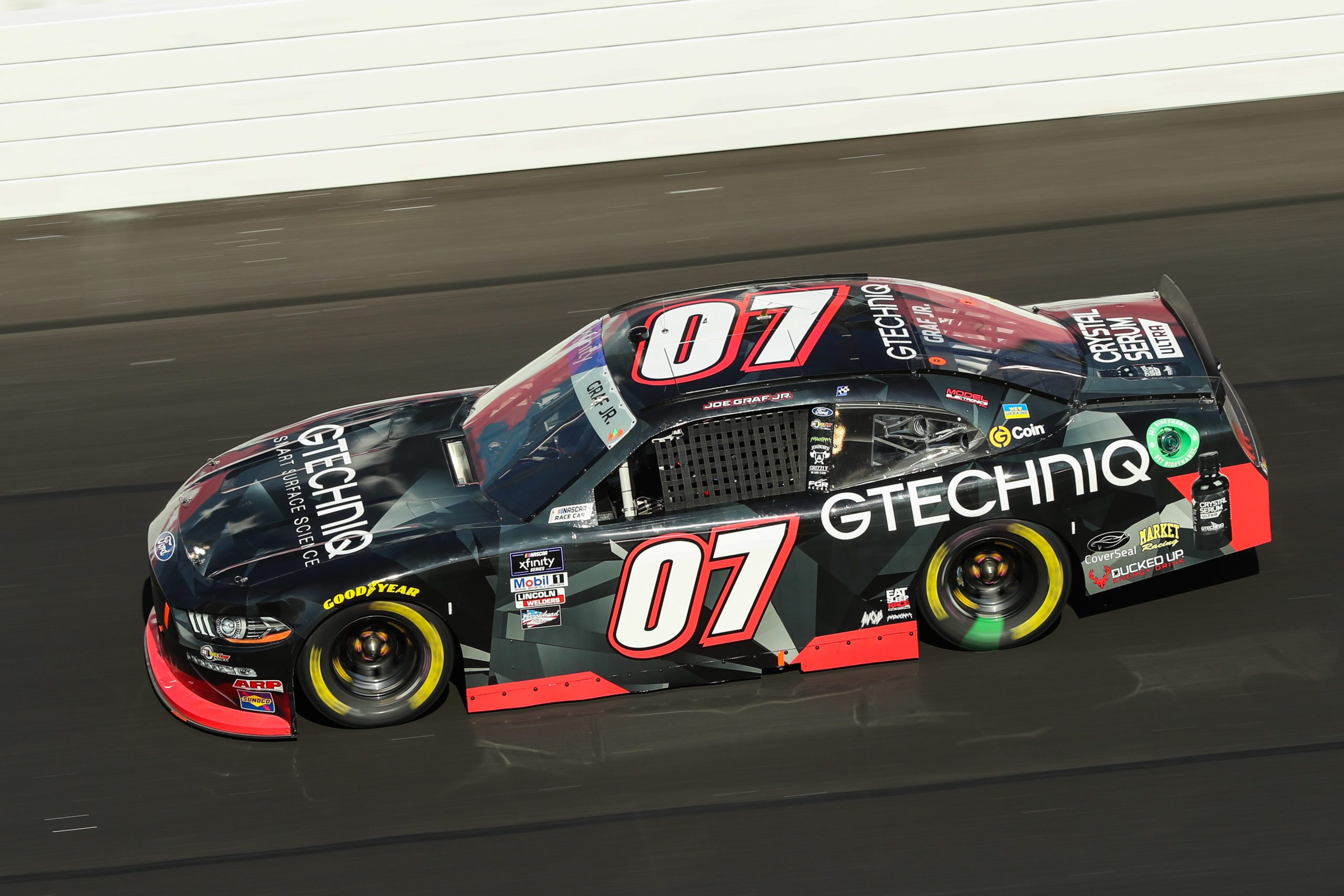 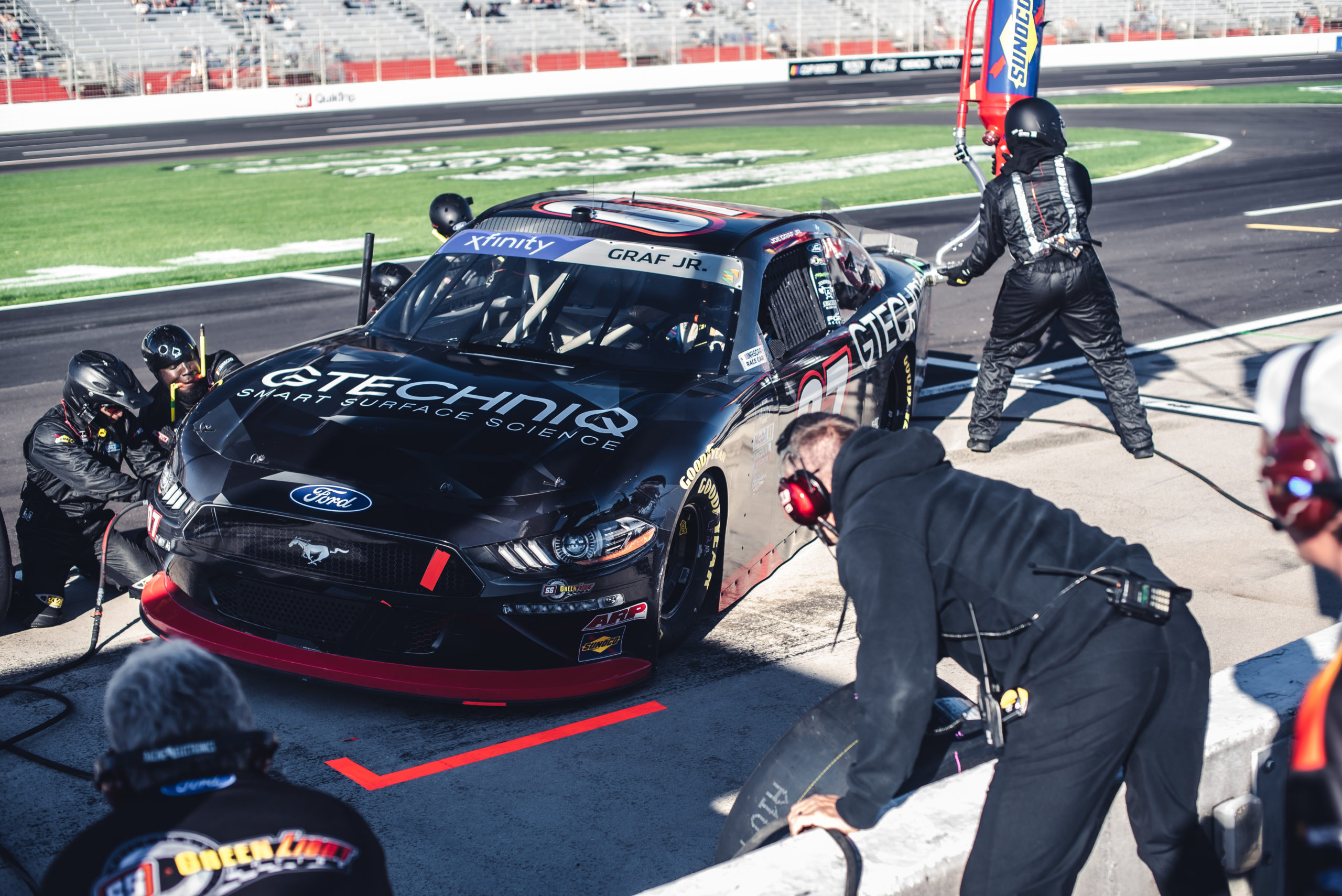 Die-Cast replica of the GTECHNIQ #07 Ford Mustang driven by Joe Graf Jr. during the 2022 NASCAR Xfinity series. The car made its debut at Atlanta Motor Speedway on March 15th for the Nalley Cars 250 and followed that up with a second appearance at Daytona International Speedway on August 26th for the Wawa 250.